Writer, teacher, and architect Norton Juster passed away on March 9, 2021; he was 91.  Best known for his book The Phantom Tollbooth, you can read about his myriad accomplishments in obituaries posted on The New York Times, NPR, The Boston Globe and many other publications.  Here we offer a more personal remembrance of a friend, colleague and founding partner of Juster Pope Frazier.

I was a (mostly) stay-at-home mom with a toddler in tow when a package arrived in the mail from my cousin.  The note read, “a professor recommended this as the best children’s book so I thought Jacob should have it.”  The book: The Phantom Tollbooth.  That same week I received an (unsolicited) phone call asking if I might be interested in interviewing for a job.  The caller was the book’s author, Norton Juster, and the job was at the eponymous Juster Pope Frazier.  Was this merely a coincidence?  Of course it was, but it was also my introduction to the magical Norton Juster.

So I got the job and thus began at 10-year stint at JPF.  The first order of business was to shadow Norton and learn the ropes.  Norton and I embarked on several day trips.  Traveling with Norton, a self-described “amateur cook and professional eater” always involved a detour to some place “he knew” – like a bakery or – a favorite — a cannelloni place in Leominster. *  One of these pastry stops involved a very questionable U-turn in downtown North Adams.  Fortunately, I shared Norton’s enthusiasm for food.  We also came from the same Brooklyn neighborhood.  We bonded and a friendship began.

Norton soon retired from the practice.  Still, he’d come into the office from time to time, to visit or to work on one of his many projects.  He’d regale us with his stories – from his navy days, a cross country trip (and date with Liz Taylor) the pranks he played on illustrator (and housemate) Jules Feiffer—he was quite the raconteur, always quick with a pun or witticism, and spending time with him was an invitation into an enchanting world.

Over the years I would run into Norton (you’ll see a pattern here) at Stop and Shop, or Whole Foods, or going in or coming out of the Dim Sum place in downtown Amherst.  We’d catch up and he would always delight in teasing my children.  Ever welcoming, I would visit with Norton and his wife Jeanne, his daughter and granddaughter at their home in Amherst. I marvel that I somehow had the good fortune to cross paths with Norton, develop a friendship with the Juster family and enjoy the opportunity to know such a uniquely warm and engaging man.  Magical indeed.

At some point Norton autographed that copy of The Phantom Tollbooth (he asked – are you sure?  Right now you have a rare unautographed copy).  The inscription captured his wish for his readers and my wish for Norton’s next journey: “I hope you have many trips to ‘the Lands Beyond.’”

“Norman” was inspired in every sense of the word. Though universally loved and acclaimed as a writer, he always referred to himself as an architect. I suspect it was to some degree a way to be modest about his success, everything about Norton lands on several different levels at several different times. Some of our finest moments we shared as a firm were in telling stories over lunch and laughing, laughing, enjoying ourselves together. I’ll never quite be able to think of a tomato in the same way.

I sat down to develop our mission statement once JPF followed into my hands and came up with attributes of the three architects, Norton, Jack and Earl, who mentored me. Nort was first on the list: Live inspired. I still go back to YouTube and revisit some of his interviews and when I learned of his death, I spent some time with him there on the web. He was and is something else. I chuckle at the familiar stories of our time at JPF. Norton would appreciate the word chuckle and understand its use.

He was desperately in love with his dear wife Jeanne, literally transforming into a puppy dog when she entered the studio every once in a while. They were wonderful together and I can’t sit back and think of one without thinking of the other and I think that’s just how this should close. 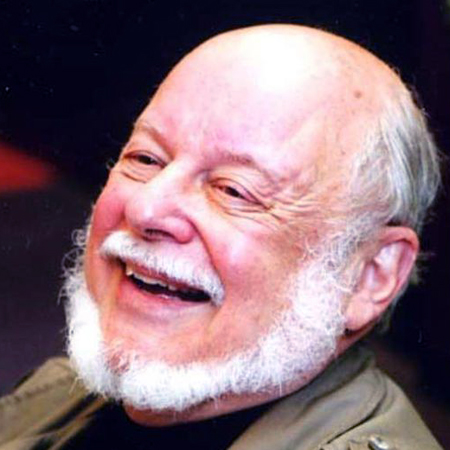